Yet another late European platformer. Maybe if I play enough, I’ll get sick of them and be cured of this insanity...

The first stage is rather weak, but the sprites are all pretty good and relatively large. Later levels are a bit more original which makes things interesting. Overall, quite accomplished.

Covers of the movie themes, but without much enthusiasm.

There’s a decent amount of variation in the gameplay through the levels, and there are enough of them, but some of the early stages are rather boring to play through. Probably a great deal more enjoyable with savestates than it would be on a real system, where you may well give up rather than persevere past the gameplay issues.

Very weak - just some movie-inspired parts that get illogically repeated (you will “find Bagheera” (get to the end of the level) many times) and nonsensical collect-em-up stages. Also, since when did Mowgli attack all the jungle animals with bananas?

There are some serious flaws in the “physics” that make it quite frustrating to get through the game. You can’t judge the last possible point for any jump, yet there are many jumps you can only just make. You crash into some platforms but not others, but it’s not clear which is which until you try. The top-of-a-rope animation kicks in before you’re particularly close to the top and then you can’t stop it so you get hurt by an enemy. The part of Baloo you can stand on are not obvious at all, yet missing them means instant death. These things coalesce into a feeling of dissatisfaction with the game which spoils any fun that may be contained within.

Well, it’s pretty good on the “platformer without any square blocks” front - at least, until the ruins stage. One thing that seems particularly weak, though, is the way stages end - often the action just freezes and the screen goes black. It seems like a little effort could have made is seem a lot more polished.

I borrowed this game when it came out and it struck me at the time as not very good. It seems I was right. 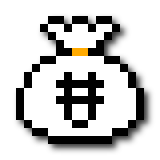